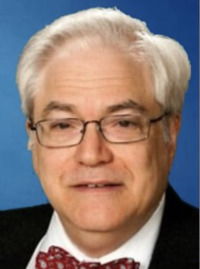 The Commonwealth Court view that the PA mail-in voting law (Act 77) is unconstitutional was understandably uncritically celebrated, including on Bannon’s War Room (10 a.m. and 11 a.m., including input by Sam Faddis plus threads) but—to anticipate reversal by the Dem-dominated Supreme Court—key components of the *Opinion* must be parsed. Wally Zimolong had successfully argued the filing by Bradford County Commissioner Doug McLinko and a group of GOP state reps; on-cue, lefties running the Insurrection Index swung into action, claiming McLinko had attended Trump’s “Stop the Steal Rally” on J-6.

Highlighted during Bannon’s review was a startling observation that, as dicta, cries for a follow-up filing that could challenge all results of the 11/3/2020 election {page 45}:

Not a single case cited by the Acting Secretary stands for the proposition that a legislature can prevent judicial review of a statute, whose constitutionality is challenged, with a statute of limitations of any duration. This is because, simply, an unconstitutional statute is void ab initio.

This Lingua Latina phrase “ab initio” suggests that everything done after Act 77 passage is vulnerable including, of course, 11/3/2020; anticipating such an affront to the Dems, the claim that its impact would cause “confusion and impose a burden upon state and local governments” was refuted while swiping at lotsa prior judicial acts {page 42 et seq.}:

The government’s investment of resources to implement a statute is irrelevant to the analysis of the statute’s constitutionality….[T]he Supreme Court observed that expenditures of “millions of dollars of school funds” for 25 years under the provisions of a statute were not reasons “for refusing to declare [the statute] void if in contravention of the constitution.” [Furthermore,] “laches and prejudice can never be permitted to amend the Constitution [because] [w]e have not been able to discover any case which holds that laches will bar an attack upon the constitutionality of a statute as to its future operation, especially where the legislation involves a fundamental question going to the very roots of our representative form of government and concerning one of its highest prerogatives. To so hold would establish a dangerous precedent, the evil effect of which might reach far beyond present expectations.

The question of Act 77’s constitutionality is a question that goes to the “very roots of our representative form of government.” Constitutional norms outweigh the cost of implementing unconstitutional statutes.

For these reasons, we hold that the doctrine of laches does not bar McLinko’s challenge to the constitutionality of Act 77. {Cites omitted.}

This filing had been prospectively posited to anticipate procedural challenges election workers face (justifying standing) rather than carrying the ambit to undermine 2020; nevertheless, it would appear that a follow-up motion could yield efforts to relitigate the election of Brandon (and activation of Electors). One could anticipate the return of the equivalent of the big-red-party-lever of the classic Shoup voting machines that were outlawed by Act 77, the tradeoff the [$%^&^$] GOP leaders were granted due to their worriment Trump could injure down-ballot candidates. [“Yeah, talkin’ to you, Corman!”]

Insights as to what the PA-Supremes might emphasize are gained when reviewing the Dissent, noting its admittedly limited scope {page 53, et seq.}:

I agree with the Majority’s scholarly opinion with respect to the issues of Petitioners’ standing, and the procedural objections to the amended petitions for review. However, I disagree with the Majority’s conclusion that Sections 1 and 8 of the Act of October 31, 2019, P.L. 552, No. 77 (Act 77) violate article VII, section 1 and section 14 of the Pennsylvania Constitution by adding “a qualified mail-in elector” as a class of elector who is eligible to vote as defined in Section 102(z.5)(3) and (z.6) of the Pennsylvania Election Code (Election Code), and by adding Section 1301-D of Article XIII-D to the Election Code permitting any qualified elector, who is not eligible to be a qualified absentee elector, to vote by an official no- excuse mail-in ballot in any primary, general, or municipal election held in this Commonwealth.

Without getting into the weeds of how the Majority generated its definition by tracing history to Colonial times vs. how the Minority allowed for expansion of the franchise, noted is its non-severability clause that would invalidate Act 77 in its entirety if any one component thereof were to be found to be unconstitutional {page 60}. Anticipating a prompt PA-Supremes decision, might upcoming primaries include a redo of 11/3/2020? Never one to shy away from addressing the gravamen of an issue, this memo bumped a discussion of “Electoral Integrity” from the national perspective and, thus, it’s incumbent upon its author to distill the fundamental disagreement animating the two arguments. The Dissent is more terse, so defense of retaining Act 77 is the starting-point when parsing the PA Constitution and how its structure should properly be perceived to be {page 55}:

[A]rticle VII, § 4 empowers the General Assembly to provide for another means by which an elector may vote through legislation such as Act 77: “All elections by the citizens shall be by ballot or by such other method as may be prescribed by law.” Thus, the General Assembly is constitutionally empowered to enact Act 77 to provide for qualified and registered electors present in their municipality of residence on an election day to vote by no-excuse mail-in ballot. Specifically, I disagree with the Majority’s faulty premise that the no-excuse mail-in ballot method of voting is merely a subspecies of voting by absentee ballot as provided in article VII, § 14, and that article VII, § 1 and article VII, § 14 have primacy over the provisions of article VII, § 4.

After having cited the petitioners’ burden [“Any doubts are to be resolved in favor of a finding of constitutionality”], it’s emphasized that “the Constitution is an integrated whole; effect must be given to all of its provisions whenever possible.” This is a setup for disclaiming any paradigm creating an outlier [“where two provisions of our Constitution relate to the same subject matter, they are to be read in pari materia, and the meaning of a particular word cannot be understood outside the context of the section in which it is used”]. Reinforcing this model is citation of a 1924 case [based upon an earlier version of the constitution] that had concluded, “the General Assembly may not by statute extend the scope of a method of voting already specifically provided for” in the Constitution, whereas it didn’t preclude enactment of “a new and different method of voting such as the no-excuse mail-in ballot provisions of Act 77.” {I will now “telegraph” my punch.}

Buried in a citation within a citation {page 57} is a citation from Thomas Raeburn White [Commentaries on the Constitution of Pennsylvania 360] composed in 1907, but on-point:

[T]he Majority’s limited construction of article VII, § 4 renders the phrase “or by such other method as may be prescribed by law” meaningless and mere surplusage in light of the amendment to article VII, § 6 to specifically include the use of voting machines as a new and different method of casting a ballot. Thus, contrary to the Supreme Court’s observation in Lancaster City, and the Majority’s conclusion herein, article VII, § 4 may not be construed in such a limited manner to give effect to all of its provisions.

It’s then concluded correctly that “sections 1, 4, and 14 of article VII must all be read together and given the same prominence and effectiveness” [without any component thereof perceivable as mooted] AND that this conclusion is met by the Opinion despite an effort to create a crack in how any “a new and different method” must be construed.

This construct is punctured by awareness that a voter must PROVE “presence” in the home municipality on election-day and, thus, the General Assembly couldn’t have been empowered to provide the franchise to any voter ABSENT therefrom without excuse. The Opinion referenced/discounted the Minority view {page 27}: “The Acting Secretary does not believe there is a “place requirement” in Article VII, § 1 and, thus, she does not consider Article VII, § 14 to be an exception to the in-person voting requirement.” Thus, working backward, because the Constitution’s black-letter “presence” requirement can only be amended, it cannot statutorily be expanded, REGARDLESS of whether a model is conjured that places any one phrase within any desired context (eschewing any other).

THEREFORE, the Opinion SHOULD survive appeal because it had anticipated/rejected an alternative construct c/o the Minority; although the Opinion doesn’t explicitly contain the expanded discussion herein, points therein can be easily linked thereto [ab initio].