The Champions of Election Integrity Awards Dinner will honor GREGG STENSTROM and LEAH HOOPES who exposed massive 2020 election fraud in Delaware County in face of opposition from BOTH the Democrat and Republican parties. Also honored: DOUG MCLINKO, Bradford County Commissioner, who initiated the lawsuit to declare Act 77 unconstitutional. Featured speakers also include former U.S. Ambassador ALAN KEYES and TREVOR LOUDON, author of The Enemies Within and other books about Communist infiltration of Congress and other U.S. institutions. 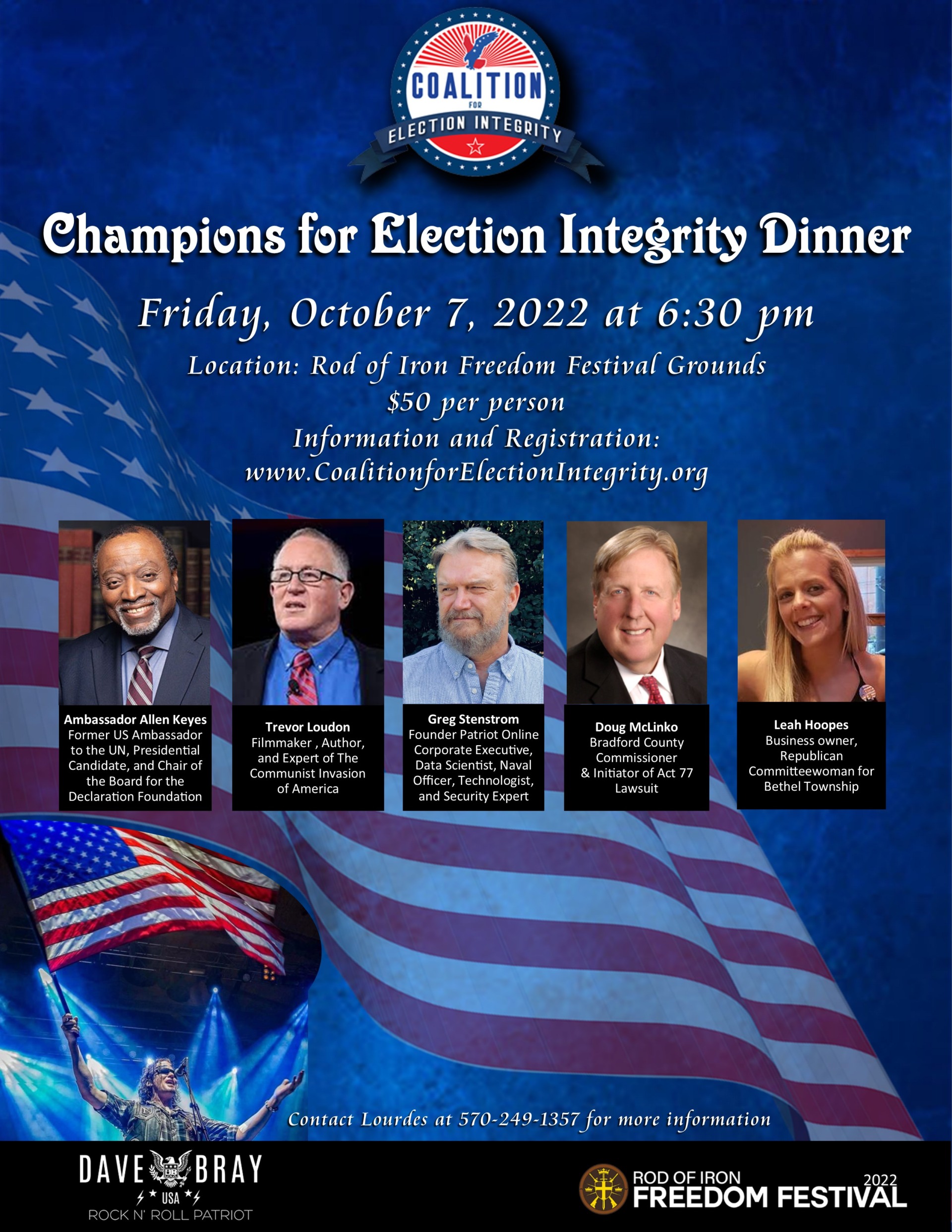